Apple is among the biggest names when it comes to the world of technology. The company has been coming out with a large number of technologies over the years, including the likes of computers, tablets and smartphones. The company is all set to revolutionize yet another industry this year - automobiles! Apple self driving cars have been one of the most popular topics of discussion in the recent times. In a latest update, Apple now has the permission to test self-driving cars in California!

Apple has obtained a permit that allows them to drive three 2015 Lexus SUVs. These will be the same as the ones that Google has been using for their cars. The Apple Self Driving Cars were speculated for a long while, but this is as clear as it gets. These cars will soon be hitting the road for testing. Apple has received this clearance from California’s Department of Motor Vehicles.

The information regarding the Apple Self Driving Cars became public on the California DMV website, where a number of other companies testing their self driving cars are listed. This list includes major players in teh automobile industry such as BMW, Ford, Honda, Nissan, Uber. The Apple Self Driving Cars will have a human driver sitting behind the wheels when the car goes on public streets to ensure accidents do not happen.

This project has been one of Apple’s best kept secrets. There were speculation of what Apple actually plans to do. Are they planning to make cars, are they planning to make software that powers the cars, are they working with a car-maker, Tesla perhaps? There were questions with no answers, and Apple had their lips sealed. Apple went on a hiring spree  in 2015 which saw a number of automobile experts being hired. It is still unclear what Apple is working on.

The Apple self driving cars will soon be hitting the roads, and it would be quite interesting to see what the company has to offer! Stay tuned with us for more updates on this project. 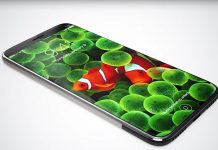 Apple To Introduce Curved Screen in the iPhone 8

iPhone 8 To Feature Large Display, Fingerprint Scanner on the Back

Samsung Galaxy S8 Plus Getting the April 2017 Android Security Patch...

Windows 10 To Get BiAnnual Updates in September and March Every...

Microsoft Expected To Unveil Microsoft Cloudbook: Like Surface, But Cheaper

Only 13 Windows Phone Devices to Get Windows 10 Creators Update...