Apple is among the biggest names when it comes to the world of technology. The company keeps acquiring various smaller firms which they find promising. The latest news indicates Apple has now acquired the sleep tracking firm, Beddit. This acquisition was first reported by CNBC and has since been confirmed by multiple news sources. An acquisition from Apple means that they do see quite some potential in a firm and it helps them get a boost in credibility.

A proof of Beddit being acquired by Apple came to light recently, where Beddit’s privacy policy states: user information “will be collected, used and disclosed in accordance with the Apple Privacy Policy.” As of this moment we do not know the terms of the acquisition. Apple has always maintained firm silence on acquisitions and they continue to follow the same policy this year too.

Founded in 2007 in Finland, Beddit launched their app on to Apple’s store in late 2015. The app has been funded by various investors for $3.5 Million and has been fetching good results. Beddit sells sleep tracking products that help users assess their sleep. Their latest release is that of the Beddit 3, which is basically a thin strip of sensors that track data such as: sleep time and efficiency, heart rate, respiration, temperature, movement, snoring, room temperature, and room humidity. The device sells for nearly $150 on the Apple Store.

While Apple has acquired Beddit, things will continue in the firm as they used to be, and there are likely to be no changes in their functioning for now. This is a different move from Apple as following an Apple acquisition, Apple usually takes matters in their own hands and companies cease to exist as their own. However, this is a refreshing change of strategy. Stay tuned with us for more updates on this story. 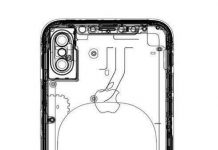 Xiaomi enters Mexico with the Redmi Note 4 and Redmi 4X