The Windows 10 Fall Creators Update is expected to bring forward a number of changes and new features to the Windows 10 OS. The update will introduce Timeline, Clipboard, and improvements to how OneDrive works on Windows 10 PCs. Let us take a detailed look at the changes that are expected:

The Windows 10 Fall Creators Update will bring out the following new feature:

The timeline feature which will be a part of the Fall Creators Update is one of the most important updates coming to Windows 10. This will change the way we know the task view feature to be. Timeline on Windows 10 will allow the users to not just view what programs they were working on, but on what tasks they were working on, across all their connected devices!

Pick Up Where You Left Off

Pick up where you left off is a part of the Timeline feature which will be introduced with the Windows 10 Fall Creators Update. This feature will allow the users of Windows 10 to resume sessions from multiple devices. This is of particular use to people who keep switching between multiple devices.

In addition to Timeline and Pick Up Where You Left Off, Microsoft is also going to introduce a ‘Fluent Design’ language. The primary aim here is to bring uniformity across apps and how they look and feel. More details are expected to come out as we draw closer to the release date for the Windows 10 Fall Creators Update.

Stay tuned with us for more updates from Microsoft. 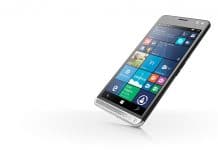 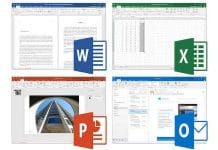