For months there have been rumors that a Spotify app for XBOX One is about to be launched. While these rumors didn’t really have a credible source, today was a different day. Microsoft teased the app as it was seen in Major Nelson’s latest weekly video - this week in XBOX. In this video, the app can be seen running as a background app. This is indeed a big news and has set excited the users of XBOX as well as Spotify fans.

What is perhaps the best and most interesting bit about this is that the Spotify App for XBOX One will be running on the background. The app will function as a background app and can play music on the background while you play games or perform other tasks on your XBOX One.

The Spotify App for XBOX One was being rumored for quite a while and a number of publications had been expecting the app to come out. Microsoft ha been testing this app internally for the past few days. On another interesting note, the Spotify app for Windows 10 too, was quite recent. This is a special desktop app and not the Universal Windows Platform app that is available on the Windows Store.

While the Spotify app for XBOX One is now being teased, the app has been available for the PlayStation 3 and PlayStation 4 for over two years now. Microsoft is quite late on bringing the app to their platform, but better late than never. This is indeed an exciting turn of events for Microsoft fans. This will help Spotify too, as they are competing against one of the giants in the world of technology, Apple and their Apple Music. Stay tuned with us for more details and we’ll alert you when the Spotify app for XBOX One officially launches.

How to Fix ‘DNS Server Not Responding’ Error 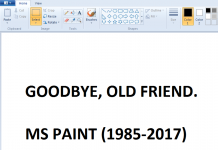