One of the biggest names when it comes to telecommunication in the US, Verizon is truly a giant and has been known for its dominating presence across the nation. However, what also makes it special is the fact that the company cares for their customers a lot. They provide timely updates and upgrades, even to some older flagships. The latest in line being the Samsung Galaxy Note 5 and the Samsung Galaxy S6 Edge Plus, which have been updated to the July 2017 Android Security Patch today.

The July 2017 Android Security Patch has officially begun rolling out for the aforementioned two smartphones. Verizon has made it official on their website as well. Verizon’s variants of the Galaxy S6 Edge Plus are currently receiving the update version G928VVRU3CQF3, whereas the Galaxy Note 5 is set to be upgraded to the build N920VVRU3CQF3.

Before we proceed, here’s an interesting note about the two phones. The Samsung Galaxy S6 Edge Plus released in early 2015 and is an over 2-year old product now, following which two new S-series phones have come out. The Note 5, which released later the same year, continues to be the latest Note-series device in the markets following a disastrous Note 7 last year. However, regardless of the trivia, it is obvious that both these phones are reaching their end of life support and the July 2017 Android Security patch is likely to be one of the last major updates for these devices.

The July 2017 Android Security Patch updates the phones to the latest level of security patch that is seen in some of this years’ flagship smartphones. Some fixes that come with this patch are generic Google-issued fixes, while some are more device-specific fixes for Samsung devices. We advice the users to ensure that their battery is sufficiently charged, about 60%, and that they are on a stable Wi-Fi connection while downloading the update. 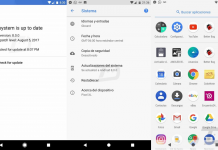 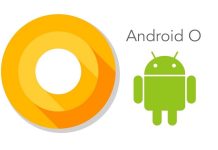 How to Fix ‘DNS Server Not Responding’ Error