As the Prime Minister and the President of India pushed the button at midnight, the nation’s taxation system changed forever. Goods and Services Tax (GST) is here, and GST is here to stay. However, there’s more to GST than ‘Good and Simple’ Tax. A detailed look at the bills reveal that GST is actually comprised of SGST, CGST and IGST.

What are CGST and SGST Taxes?

The CGST stands for Central Goods and Services Tax. This tax is levied by the Centre on intra-state supply of Goods or Services. In very simple words, the CGST is the tax amount that goes to the central government’s funds.

The SGST stands for State Goods and Services Tax. This is the tax that is levied by the State Government upon te intra-state supply of Goods or Services. Basically, the SGST is the tax amount that goes to the state government’s funds.

For example, let us consider a merchant in Tamil Nadu sold goods worth Rs. 10,000 to a consumer. The consumer will have to pay 18% CGST and 9% SGST, which means Rs. 1800 would go to the central govt. while Rs. 900 would go to state govt. The CGST and SGST together eliminate a number of other taxes and duties that were charged in the past.

However, there’s more to this. While these taxes are there for the intra-state sales of goods and services, there’s also inter-state movement of Goods and Services.

What is the IGST Tax?

When it comes to the inter-state taxation, the third and final component of GST, the IGST comes into play. The IGST is adjusted against the CGST and the SGST. It stands for Integrated GST, which means it is basically a sum of CGST%+SGST%.

To explain this in the best possible manner,

However, if this item were to be sold outside of the state, only an IGST of 18% would be charged. This figure of 18% comes from 9%+9%, which is that of the CGST and the SGST. Basically, Rs. 1800 would be split as per the appropriate proportion between the state and the centre (in this case, 900+900).

Basically, the CGST, SGST and IGST matter because they affect the way you are billed. It replaces the need of taxation for the sake of taxation. There were times where similar taxes were being applied twice on the same product. Compared to the systems of the past, the GST is a more transparent form of taxation. It does simplify the existing tax structures.

That being said, the GST being branded as one nation, one tax is rather absurd. It does contain various layers of taxation - as evident from the CGST and the SGST. It is a dual tax system where the tax benefit is shared between the state and the center. Stay tuned with us for more updates on GST. 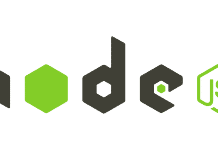