Google has been among the biggest names when it comes to the world of technology for a long time now. The company has been around for nearly 20 years now and has been doing really well in the markets of internet technology. Google’s primary offering is that of the Google Search and it’s primary source of income is advertising. Google ads are based on a lot of different data inputs. Some of this data comes from Gmail emails too. However, Google will no longer scan your mails to sell targeted ads.

For almost as long as Gmail has existed, Google has scanned your mails to gather information about you and display you relevant ads. This is all a mechanical process and no human can access your mail, but the information is gathered only to offer you better, relevant ads. There is no way to opt out of this. Latest reports now indicate that Google is no longer going to continue this practice.

While Google does it only for personal Gmail accounts, and not for corporate Gmail accounts, there are a number of corporate users who are afraid that their data is at risk. Google, as per Diane Greene, the head of Google’s cloud division, is going through a hard time when it comes to finding and retaining the clients for their cloud service business.

Considering that Microsoft and Amazon are Google’s biggest competitors here, the battle that Google faces in getting businesses on to their servers is quite tough because the competition is quite good at what they do. Google’s latest move of no longer scanning Gmail mails is one step closer towards giving more reasons to corporate clients to trust them. While Google will no longer scan your Gmail emails, it still has access to your browsing history, your YouTube browsing, as well as a lot of other activities while you are singed in to Chrome.

In addition to no longer scanning Gmail emails, Google has also introduced a new update to their search policy. This update indicates that the company would no longer show personal medical records on Google Search. Google’s latest update to the content removal policy now includes “confidential, personal medical records of private people”. This has been added to a list of content the company can remove from search results.

The idea to remove medical records from Google Search came after research indicated that there has been a massive breach of medical data in the past few years. Between 2010 and 2013, approximately 29 million medical records in the US were affected by data breaches, according to a study released in 2015. 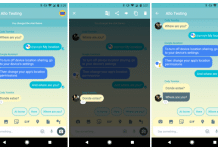 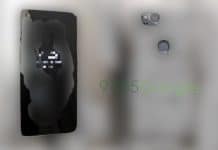